Welcome to my Blog!

The parents Matt and Jenn

Our middle girl, full of energy and spunk, Isabel Marie

Jenn
I figured that this would be a good way for me to share pictures and stories with my friends and family, without bombarding their inboxes with mass emails. This way if people are interested they can come and see what all is going on with my life and my sweet little family. I hope to make it enertaining, but I can at least promise loads of kid pictures to be added regularly! Which is I am sure the only reason half of you are reading this :)

On a Happier Note...

Today I finished reading the Old Testament.  If you remember back to this post I talked about my family's Christmas traditions and at the very end I talked about my favorite tradition, the "Jesus Stocking".  This year one of my gifts to Christ was to read the entire LDS standard works (Old Testament, New Testament, Book of Mormon, Pearl of Great Price, and Doctrine and Covenants) before next Christmas.

I started on January first of this year and I just finished with the Old Testament, which is almost halfway through the works (its just shy of 1200 pages).  I am happy to report that I am on track to complete my goal and that I am SOOO glad that I am doing this project.  I have learned so much and my knowledge, understanding, and testimony have grown so much.

I will say that there is some crazy stuff in the Old Testament!  It is sometimes hard for me to reconcile the vengeful and punishing God of Leviticus with the merciful and tender savior of Psalms and Proverbs (which is the God that I feel like I know).  Reading the Old Testament straight through at a fast pace and also studying the accompanying Institute manual as I went (which provides the LDS perspective on a lot of the cultural traditions of the time and also thoughts on mis-translation) has helped me understand the events of the Bible and have a better understanding of some of the things that seem insane the first time you read it.  A lot of the Old Testament is harsh and violent and I was glad for a guide more than one time!

Anyway, this project has enriched my life more than I can state and I am SO excited to begin studying Christ's ministry in the New Testament.  I am so grateful for the scriptures and for a loving God who has provided prophets, and scriptures and ministration, again and again since the beginning of time in order to help us come to the knowledge of His LOVE and GRACE.  I truly know that God lives, that He has always existed and that his greatest desire is to bring about our eternal happiness and joy.
Posted by Jenn at 10:05 PM 3 comments:

I am heartbroken and frustrated. Is it the end of the world? No. Will life go on and be just fine? Yes. But have we just wasted a few thousand dollars and a lot of time spent doing class work/away from the family? Yeppers. Sure have!

Here is the run-down. Last year in 2010 Matt completed his RN-BSN program at ASU. Matt has been an RN since 2007 and the RN-BSN program is one year straight through and a bit of a joke. The RN-BSN students learn nothing new clinically or medically, it is all research and management techniques. He hated every second of it. Though Matt has hundreds of elective hours taken from Junior Colleges, he needed to get a few extra electives from a four year university. Now these electives DO NOT have to be “upper division”, they can be the EXACT same class he took at EAC or any other JC, they just have to be from a 4 year institution. Why? Who knows??!! Probably so that you spend more money, since 4 year university tuition is like twice as expensive as Junior College tuition.

So Matt decided to take some religion classes on-line from BYU. He called his advisor to make sure that these credits would transfer and we shelled out the “4 year university” tuition prices for a bunch of lower division classes, to “fluff” out his degree. Which is pointless and frustrating in the first place, gotta love that we are forced to take classes that don’t contain any content pertinent to his degree that cost our family time and money. Anyway, Matt completes these classes and calls ASU to see if they accept electronic transcripts in early May, since it is cheaper to request electronic transcripts from BYU and LSU (another place Matt took a class from) than it is to request paper transcripts. Yes they told us, we accept electronic transcripts have them sent to “this” address. So we did, we then waited the appropriate 7 days before calling when they still had not shown up on his DARS report (aka in ASU’s system as received). Well we call and they HAVE received them so they will enter them in. This motivates them and the next day his LSU class shows up on his DARS report…But not the BYU classes. So we call again. Now we are told that they DON’T accept electronic transcripts by someone else. We explain that we were told otherwise and that in fact he has already been given credit for his LSU transcripts which were sent electronically. The woman on the phone says that in that case we should double check with BYU to make sure they were sent properly. We do. BYU re-sends them. We wait the appropriate amount of time. We call ASU again. We are now told that they STILL have not received them and that even if they had that they absolutely do NOT accept electronic transcripts. But what about our LSU transcripts which were delivered in EXACTLY the same way and were received and evaluated just fine? Well, they don’t know about that…But oh wait, they HAVE the BYU transcripts in their hand now, but they won’t enter them in, even though 2 weeks ago we were instructed to do it this way, and they used the LSU ones which were done in the same format.


So now we call BYU AGAIN and this time pay for them to overnight (because after 2 weeks we are approaching application deadlines—for which everything else is complete, we only need Matt’s ASU transcript to say he is finished) the paper transcripts (which was EXPENSIVE). So BYU overnights them. After 6 days of getting the run around and being told that enough time has not gone by for us to start complaining yet (because they are basing this on when the overnight package shipped, not from the start of all this crap 2 weeks previous), we finally get through to someone who enters in the transcripts! Hallelujah! Though at this point we had already missed our June 1st deadline, we could still make 3 other school’s deadlines if it was all complete by the 15th. We breathe a huge sigh when we are told that his transcripts have been entered in and will be evaluated!


BUT wait!!! We pull up his DARS report and it says he is still 3 credits short of graduation! How can this be??? For some reason they have assigned 0 credit points for 3 of the credits he took from BYU. Surely this is just some mistake! We were assured that BYU’s credits would transfer flawlessly. That is part of the reason we took 10 credits from them (7 of which transferred without a hitch, but 3 of which ASU will not accept). Anyway, after another week of talking to at least a dozen (unsympathetic and cold) people and the buck being passed from one department to another, we still don’t know exactly who entered the transcript info in and why those 3 credits won’t count, but apparently no one has any power to do anything about it.


Matt’s advisor has apologized to us, stating that they have NEVER had the slightest hiccup with BYU transfers before, and that she feels that we have been wronged by ASU’s establishment, which is polite of her, but far too little too late. She provided us with a petition to graduate with less than the required credits, which will have to go to a committee in their next meeting…the time of which is still undetermined. She also lets us know that if it were up to her, we would already have a diploma. Actually a couple of other people in various departments told us that too. They have no power to change what has already been put in. They have power to enter in, and aren’t sure why we aren’t getting credit…but no power to override, and apparently the closely guarded people who have that power (who we aren’t allowed to actually speak to…)are unsympathetic. FRUSTRATING! So now we either shell out MORE money to take ANOTHER 3 credit class for ASU’s second summer session, or petition and hope that the powers that be allow him to graduate…though that could take an “undetermined” amount of time.

We will now miss all our summer application deadlines (for which applications we have already spent hundreds of dollars in fees, transcript, & documentation transfers, not to mention TIME). So instead of starting school in January, we will hope for starting next Fall.

Our lives will not end, but our love for ASU certainly has.
Posted by Jenn at 2:05 PM 6 comments: 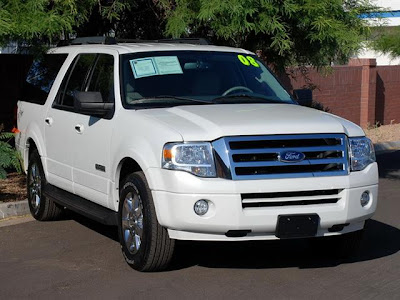